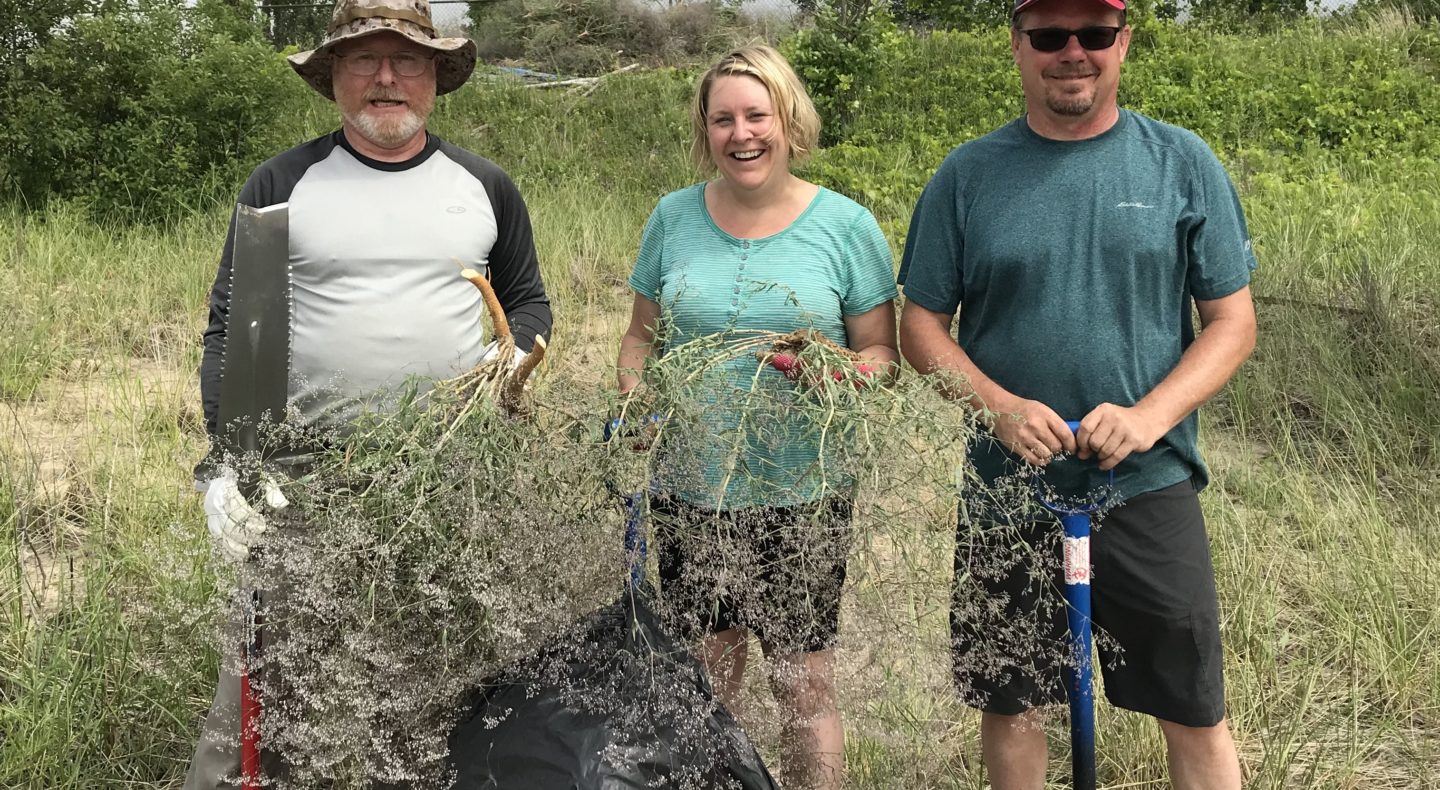 On the Front Lines

Asked why he’s dedicated much of his free time in recent years to eradicating invasive species within our region, Dave Mathews got a twinkle in his eye and began to pull up his sweater.

Under this sturdy black garment was a bright blue tee shirt emblazoned with the phrase “Habitat Matters,” the slogan of GTRLC’s partners at the Invasive Species Network (ISN). Reminiscent of Superman baring his emblem, Mathews is indeed a superhero to local conservation groups for his unwavering persistence in removing the many damaging species that don’t belong in our forests and fields. 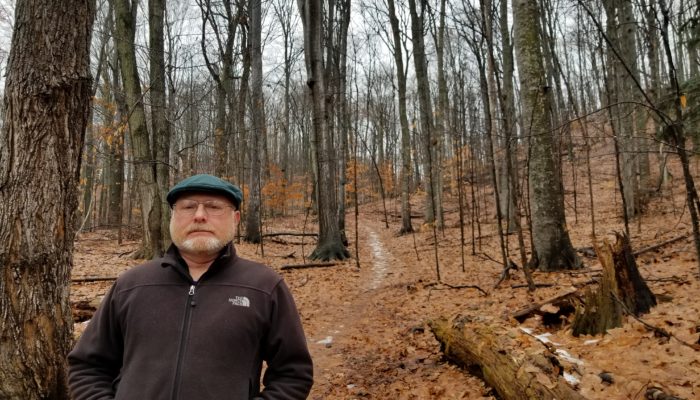 Dave Mathews in the field.

“That really says it all in two words,” he said of the slogan. “Everything’s connected, and when you start throwing a monkey wrench into things, everything gets out of kilter. We need to work to fix it.”

Mathews, a Traverse City native and courier for a medical supply company, has been volunteering for GTRLC, ISN, the Grand Traverse Conservation District and more groups for several years. While he got into conservation-related volunteering out of a pure love for his natural surroundings, he got a real fire in his belly when he learned about the threat posed by dozens of invasive species throughout the region.

“I had always had an interest in land and water, but I didn’t really know much about invasive species,” he said. “I had no idea how pervasive the problem was, how many species and how extensive they are.”

So when the call goes out for help with yanking baby’s breath on Elberta beach, ripping out garlic mustard at Arcadia dunes or eradicating spotted knapweed weed and bladder campion at Maple Bay, Mathews is usually there, ready to lay waste to as many invasives as he can get his hands on. Often times it’s quite a drive from his Traverse City home, but he’s not too worried about the commute.

“The work is there to be done. Someone asked me about it not too long ago, and I told him I felt like one of nature’s janitors,” he said. “Humans dragged this stuff in here, and it’s really messing up habitats. So I like the satisfaction of going out there and knowing that I made a difference, even if it takes some years to see it.”

Plus, it helps Mathews feel like he’s making a difference amid the cloud of troubling news – especially on a national and global scale – regarding the environment.

“In the huge scheme of things, I suppose you could look at the big stuff, industrial pollution, global warming, stuff like that and just (throw up your hands),” he said. “But I live here, so I do this work here. I know I’m not making much of an impact on those great big issues, but again, this is local, and you have to start where you’re at.”

“Dave’s passion for improving the health of our sensitive habitats in northern Michigan is unparalleled,” Throop said. “He’s usually the first to show up, the last to leave and works as hard as anyone I’ve ever seen. Most importantly, Dave’s die-hard, yet positive, attitude always boosts morale on long, tough days in the field.”