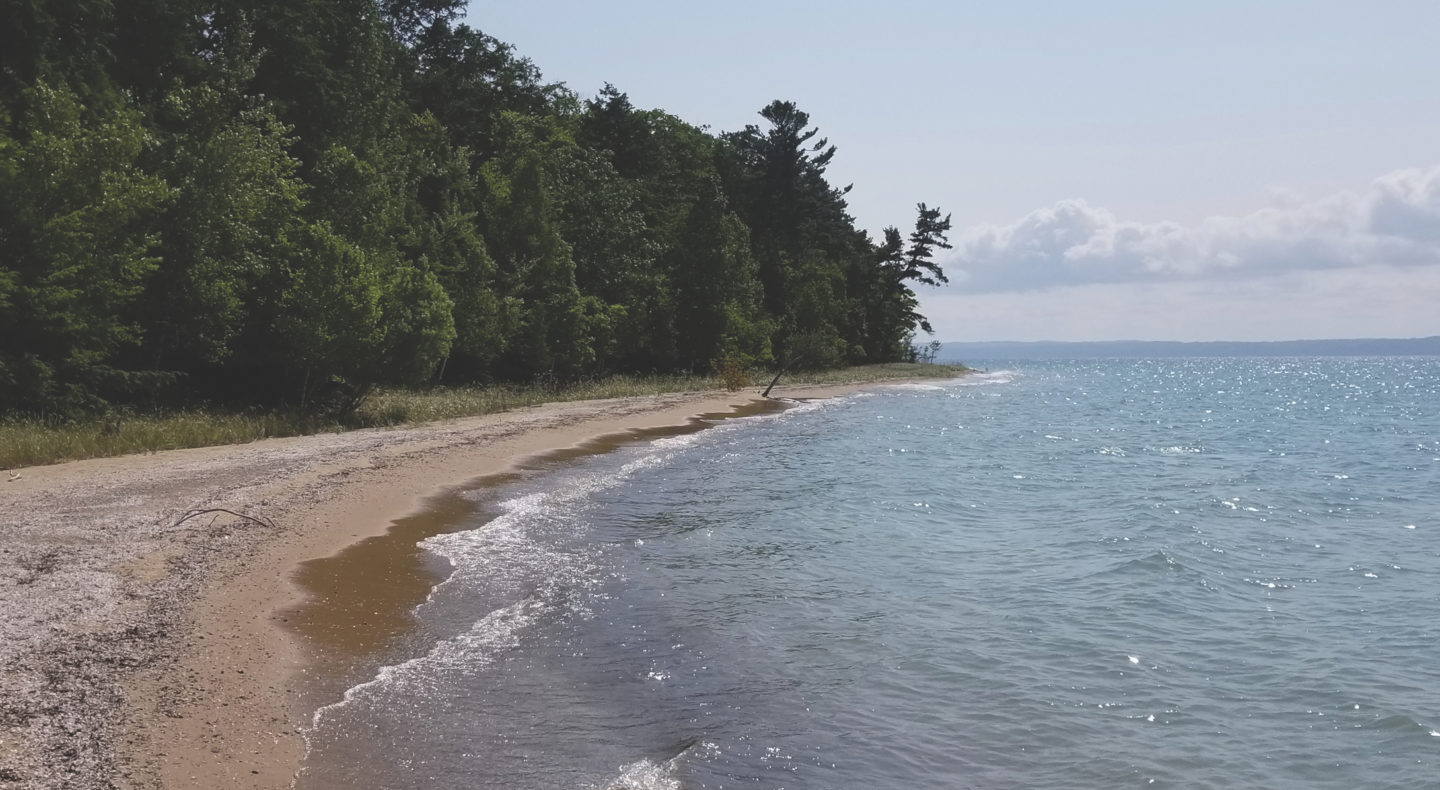 On countless occasions, Clarissa left her family’s cottage in the historic Old Mission Peninsula resort community of Neahtawanta and made her way there, weaving through a stunning forest of mature maple, hemlock and beech that towers over the sparkling bay. In her younger years, she sometimes made the trip by canoe, soaking up beautiful shoreline views as she leisurely paddled around the scenic point.

Clarissa, who died in 2010 at age 97, visited Neahtawanta her entire life. Her father, Victor Taylor Price, founded the community with a group of men from Cincinnati in the closing years of the 19th century. And while there were many aspects of her summer retreat that she held dear, perhaps none were as special as the time she spent with friends and family – and by herself, alone with her thoughts – on that beach. 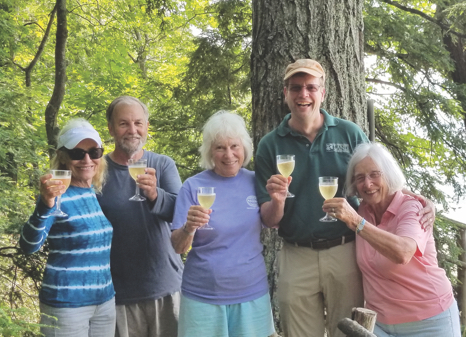 “This particular beach was highly sacred to our mother in the fact that she went almost every day, well into her late eighties and early nineties,” said her son, Kirk Marckwald. “Before people were even doing it, she’d do yoga over there. She’d get to know her grandchildren over there, or provide counsel for friends and family there. It was a deeply, deeply special place for her – this was her place in the universe.”

“If that beach had a zip code,” said Susie Mackay, Kirk’s sister, “It definitely would be the zip code of our mother’s soul.”

Clarissa granted a conservation easement on the beach and roughly 40 beautiful wooded acres behind it in 1989, the culmination of a process that began with her husband, Andrew Marckwald, before he died in 1987. One of the first conservation easements in the entire state, it protected not only 1,500 feet of pristine, undeveloped shoreline, but also a large swath of some of the finest hardwood forest on the entire peninsula.

Now, as part of the Campaign for Generations, her four children – Kirk, Susie, Louise Ladd and Jeanie Chapin – donated a conservation easement on a contiguous 7-acre shoreline parcel that was excluded from the original easement boundaries in case they wanted to build homes on it in the future. Their gift fills a large hole of unprotected land along the shoreline and serves to continue an important legacy of conservation.

“Between the four of us, we investigated all of the avenues. We spent a lot of time looking at the options and investigating all scenarios,” Louise said. “Our parents would have been very supportive of us exploring options, but ultimately, in the final analysis, I think we did what mom and dad would have wanted us to do. I think they would have been very pleased with our decision.”

Like their parents before them, Clarissa and Andrew Marckwald’s four children did not make the decision in a vacuum. They spoke with the next generation – their eight children – to get their thoughts on what should be done with the remaining piece. Sell? Build homes? Conserve?

The conservation spirit, which burned bright in Andrew and Clarissa, hadn’t dissipated in their descendants. 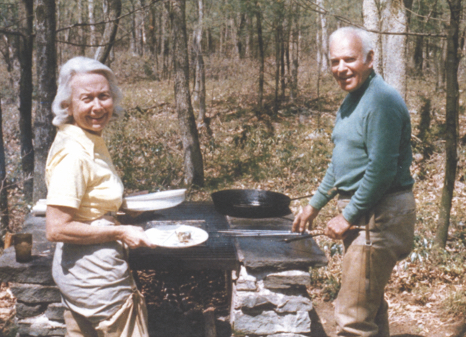 “It was our children who were the most strongly committed to the idea of not developing it…I think it was unanimous among the kids that it should be conserved,” Jeanie said. “I was so proud of our kids. One of the things they kept saying was ‘Gammy wouldn’t want that developed.’ Mom’s presence was very strong in that conversation.”

The decision to complete a process that began nearly 30 years ago is about preservation of natural beauty, of course, but it’s also about safekeeping of a place that built enduring bonds of family and friendship.

The four Marckwald children grew up in rural New Jersey, coming to Michigan for a month every summer with their parents. In contrast to the relatively regimented structure of daily life back home, the time in Neahtawanta represented a rare and special blend of freedom, the kind in which you collapsed from exhaustion at the end of a long day of adventures.

“For me, one of the most amazing things about coming up here was you disappeared after breakfast, you never had to ask to be driven anywhere. You hung out with your friends, you swam, you played,” Jeanie said. “Nothing was planned; it was all flexibility and freedom.”

It was, in many ways, always the highlight of their year.

“I can remember when, as a child, we’d leave and make the trip home,” Louise said. “There was just this huge sadness that we had to wait a whole year to go back”

Looking back on it now, the four siblings have a deep understanding of what the place meant to them.

“As a child, you didn’t realize what an impression it was making on you, walking through the woods, looking at the cherry orchards, being on the beach or on the water – it all just sunk in,” Jeannie said. “When you grow up, you realize it’s such a strong part of your heritage, and it came at an early age.”

Now, the four siblings are scattered across the country, from California to New Jersey. The regular trips to Neahtawanta kept them all close, and indeed were the primary way their children got to know and grow close with their cousins. Their parents’ decision to protect the initial piece – coupled with GTRLC’s continued work to protect land in the area – has helped preserve the gorgeous setting for these family connections, Kirk said.

“It had a very strong effect on me at an early age, and being able to go back almost every year of my life and have essentially the same amount of beauty and tranquility in this crazy, busy world we all live in has really been remarkable,” he said. “We’ve been able to gather generation after generation in the same place, with essentially the same beauty and deep enjoyment of each other.”

GTRLC Executive Director Glen Chown, who worked with Clarissa on the initial easement a short time before GTRLC was officially incorporated, is proud to see her children follow in her footsteps.

“Clarissa and Andrew Marckwald were true trailblazers in conservation – their decision was groundbreaking and critically important in terms of setting a wonderful example for other landowners in the region,” Chown said. “I couldn’t be more pleased to see their children and grandchildren continue this conservation legacy.”