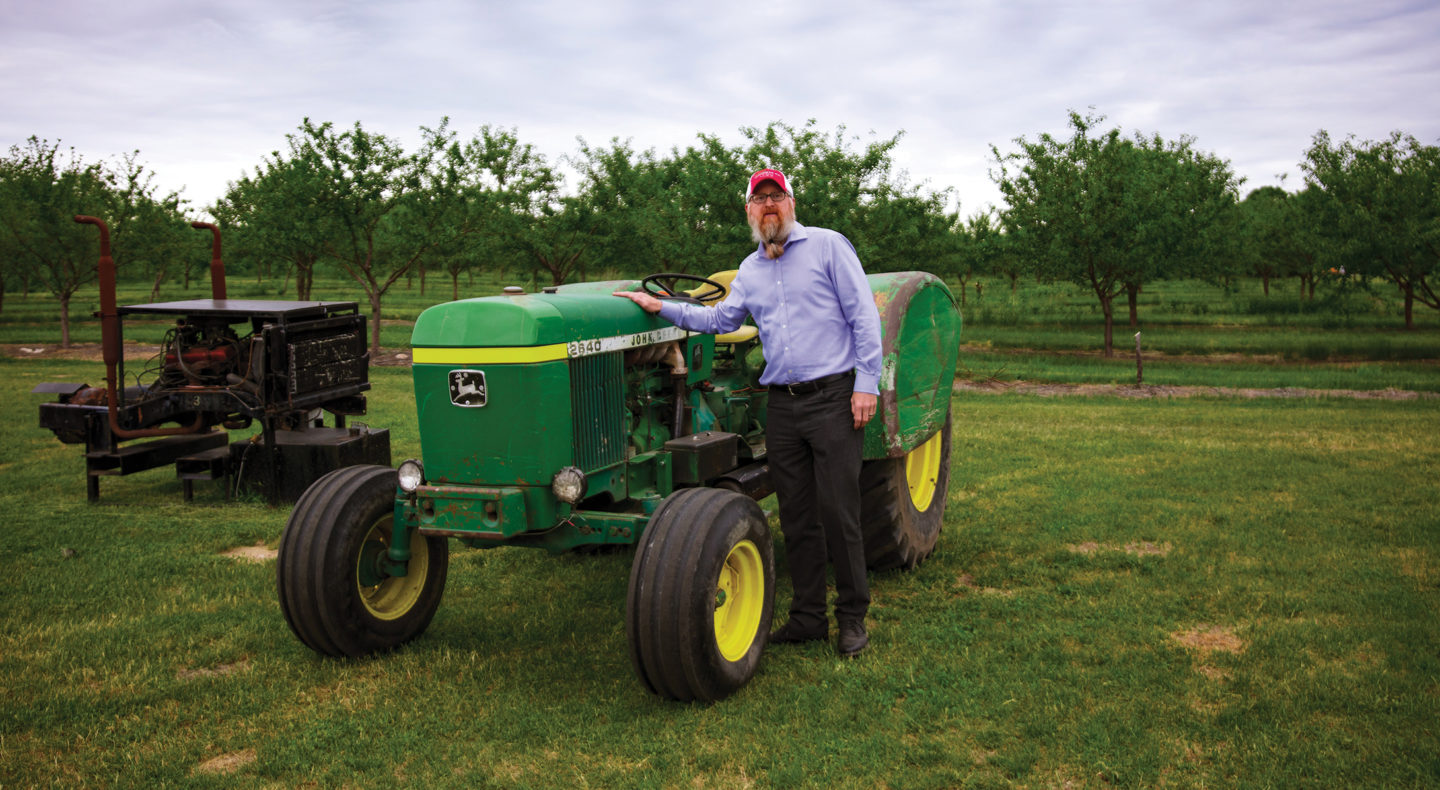 A Way of Life

Local Farmers On The Importance of Farmland Protection

A light breeze ruffled the leaves on neatly planted rows of cherry trees as Isaiah Wunsch spoke about farming on the iconic Old Mission Peninsula.

Wunsch, 31, is the latest in several generations on both his mom and dad’s side to farm the rolling fields of Old Mission. His family farm, like so many – and so many now long gone – sits on an old dirt road that bears the family name.

Sitting in his truck overlooking the orchard on a warm spring day, he spoke of a critical 1994 ballot initiative that he and many others will tell you saved Old Mission from being completely overrun by development. In this groundbreaking election, Peninsula Township voters approved a millage that generated funds so the township could buy farmers’ development rights.

But while the Purchase of Development Rights (PDR) program was indeed successful – it was renewed in 2002 for 20 years – another round of uncomfortable truths is bubbling up. More and more unrestricted farmland is set to hit the market, in large part because many farmers are ready to retire. Couple that with surging development pressure and uncertain crop prices, and you have a recipe for lost farmland.

“You can’t take it for granted or let complacency set in when it comes to these resources that we have.”

“We need to be careful not to rest on our laurels. We’ve done a great job protecting a lot of farmland already, but in Peninsula Township, there’s probably one more big push that needs to happen,” Wunsch said. “It needs to be aggressive and with the understanding that if this farmland isn’t protected as we go through these generational transitions, we’ll probably lose our shot at preserving it.”

The Campaign for Generations includes $10 million for farmland protection within GTRLC’s five-county service area. The goal is to protect 2,000 acres of prime farmland from the fertile fields of Manistee County up through the farthest corners of Antrim County. With development pressure surging, the time to protect farmland is now.

“You only develop farmland once,” Wunsch said. “Pavement is the last crop.”

When it comes to agricultural land, it’s common knowledge that the Grand Traverse region has some of the best you can find. But why, exactly?

Head over to Acme Township and Nels Veliquette will tell you all about it. Veliquette and his family – along with the Gregory family in Leelanau County – run Shoreline Fruit. Shoreline is the largest tart cherry operation the entire country, with about 6,000 acres owned and managed. The bulk of their operations are in the beautiful Grand Traverse area, rightfully known as the Cherry Capital. 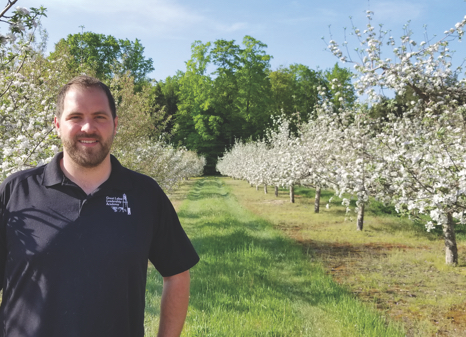 “This region is unique in the world, it really is. First of all, there’s no place else where you have so much access to fresh water, and second, the moderating influence of the lake at this latitude creates a very unique climate that you just can’t replicate,” Veliquette said. “We’ve got the lakes wrapped around us like a blanket….it keeps us warmer a little bit longer heading into the winter, and it keeps us asleep late enough into the spring season so that when it first gets warm, everything doesn’t pop out immediately, only to get frozen a few weeks later.”

Rick Sayler, a sixth-generation farmer down the road in Acme Township – where his family has been farming since 1856 – echoes those sentiments.

“You can grow some crops in almost every state in the United States, but cherries, there’s only so many places you can grow those,” Sayler said. “This happens to be the best of them.”

And with all the talk of cherries, don’t forget the other crops – all of which benefit from the temperature moderation Veliquette described. More than 40 years after the first commercial wine grapes went in, local wineries are now producing award-winning wines throughout the region.

“We have nice sugar content, we get nice size,
we get nice color – this area really grows the perfect honeycrisp apple,” said Heatherlyn Johnson-Reamer, who tends to a variety of fruit crops on Old Mission Peninsula. “You can’t even grow them in Grand Rapids like we do here. We just live in an amazing area…it’s among the best farmland in the world.”

“First and foremost it’s food security. We are so unique in the fact that we have all of this access to clean fresh water along with access to all of this very productive farmland that can feed us,’ Veliquette said. “When the water runs out in California, when it gets too dry in Washington or Oregon, Michigan (will keep going).”

And, of course, farming is a distinct part of the region’s charm. “If you look at the Pure Michigan advertisements, it’s really apparent that farming and agricultural viewsheds are a really iconic part of this region, and they’ve been successfully used to market us to a national and international audience,” Wunsch said.

“It would be Anywhere USA without this farmland. It just wouldn’t be Traverse City,” Sayler said. “You’d drive through this town and it would be just like the town before. It’s a really big part of who we are, and it helps keep this place a place where everybody wants to live.”

Standing Up To The Pressure

Unfortunately, everybody wanting to live here is becoming somewhat problematic. And the same features that contribute to fantastic farmland – proximity to water, elevated ridges and more – make the same land very attractive for housing developments. It’s not a new problem.

When Sayler got out of college and returned home in the early 1970’s, he began to notice a sharp uptick in farms – either in whole or in part – giving way to housing developments. Those changes often occurred as farmers retired.

“One of the things I was seeing was that during generational shifts, there was a lot of fragmenting going on. Farms were getting smaller and smaller,” he said. “Cherries require high elevations with good drainage, but that’s also great viewsheds for houses. So you started to see that land get gobbled up.”

The same thing was happening on Old Mission, where the standard 160-acre land grant parcels of the old days were sliced and diced at a rapid pace.

Dean’s father, Walt Johnson, was instrumental in publicly supporting the Old Mission PDR effort ahead of the 1994 election, and much of the Johnson’s owned acreage has its development rights extinguished. Over in Acme Township, Sayler and the Veliquette family were also instrumental in campaigning for and then participating in an Acme Township PDR effort first approved in 2004 and renewed in 2014. 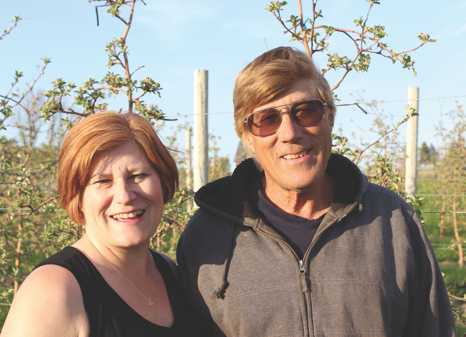 Sayler’s farm and multiple Veliquette properties – including the land surrounding a large Shoreline Fruit processing plant near the Maple Bay Natural Area – all have their development rights extinguished.

“One of the most proud moments of my career was helping to put together a landscape-scale preservation project right next to the significant investment the community made in Maple Bay, Veliquette said. “That space now, when you’re traveling through U.S. 31, with Maple Bay and the land around the plant, I think it’s the kind of landscape that people really dream about.”

Two of Sayler’s four daughters were National Cherry Festival Cherry Queens, and both help out at the farm during harvest and other busy times. Having his development rights extinguished gives him a sense of peace.

“For me, development is off the table for this farm, and that really gives me relief. Again, once it’s gone, it’s gone. I’m not saying that the future generations will definitely want to become farmers – it’s not for everyone – but if I were to sell this or if it got developed, the opportunity wouldn’t be there,” he said. “When we did farmland preservation, the commitment wasn’t just Donna and myself, it was all of the kids too.”

As a nonprofit, GTRLC was barred from advocating or campaigning for the initial PDR approvals or their renewals. But the Conservancy provided technical assistance and educational materials to citizen campaigners, and more importantly managed the programs in both Acme and Peninsula townships, completing land deals and monitoring completed easements.

GTRLC also has worked to protect thousands of farmland acres independent of PDR programs, which so far only exist in two of the dozens of townships in our service area.

“I credit the Land Conservancy for leading a long-term strategic vision,” Veliquette said. “You need somebody – or some organization – really pushing it. It’s hard at the beginning to get everybody to see the vision.”

While the PDR programs have indeed saved dozens of farms from development, the struggle isn’t over. Everyone involved in the first wave of farmland protection will tell you the same thing – a second wave is sorely needed.

“You only develop farmland once. Pavement is the last crop.”

While Veliquette is proud of the work accomplished in Acme through its PDR program, he believes it’s important to double down and continue farmland protection work.

“Once you have something in place that’s doing good things, you need to be reminded of why you did it,” he said. “You can’t take it for granted or let complacency set in when it comes to these resources that we have.”

“We live in a unique area, and once this farmland is gone, it’s gone forever,” he said. “If you start paving it and putting up houses, you can’t go back.”

It’s important to think of farmland preservation in terms of landscapes and corridors, Sayler said, particularly because fragmentation is the enemy of a productive agricultural “ecosystem.” Large blocks of contiguous, active farmland are important for long-term agricultural viability, he said.

And while it’s perhaps harder to quantify, the region’s very identity depends on keeping this proud tradition vibrant and viable well into the future.

“If people stop and think, what attracts me to the region? Well, they come here to buy their cherries, have their wine, get local honeycrisps, enjoy their scenic views of the bay,” Heatherlyn said. “Because of farming and farmland protection, they’ll always be able to do that.”