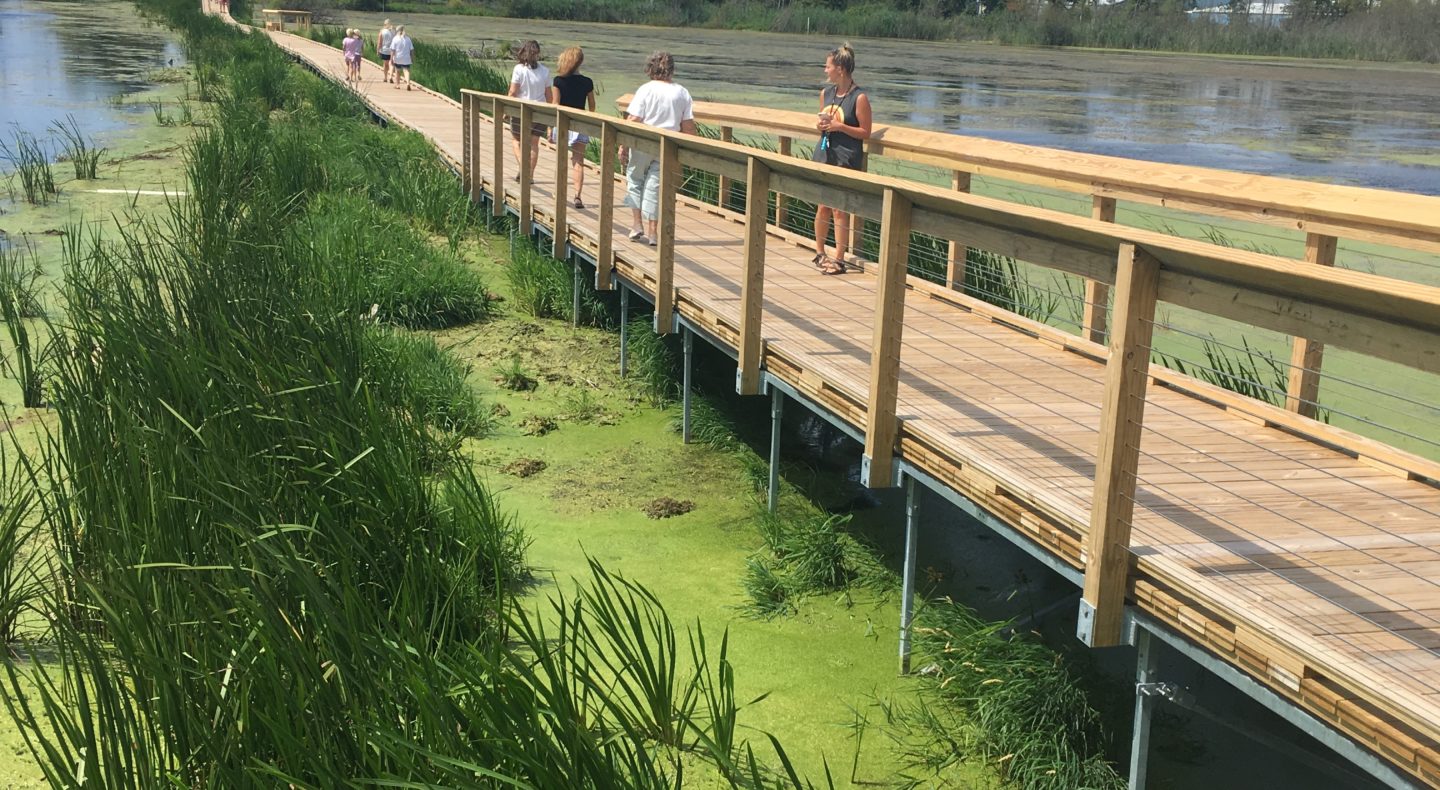 This year at Arcadia Marsh, the water levels are at near record highs, which makes viewing aquatic plant life much easier! Interesting native plant species that are abundant and visible this time of year are two of the world’s smallest flowering plants, Wolffia species and Lemna species, or Water meal and Duckweed, respectively, as well as a carnivorous aquatic plant, Common Bladderwort, Utricularia vulgaris. 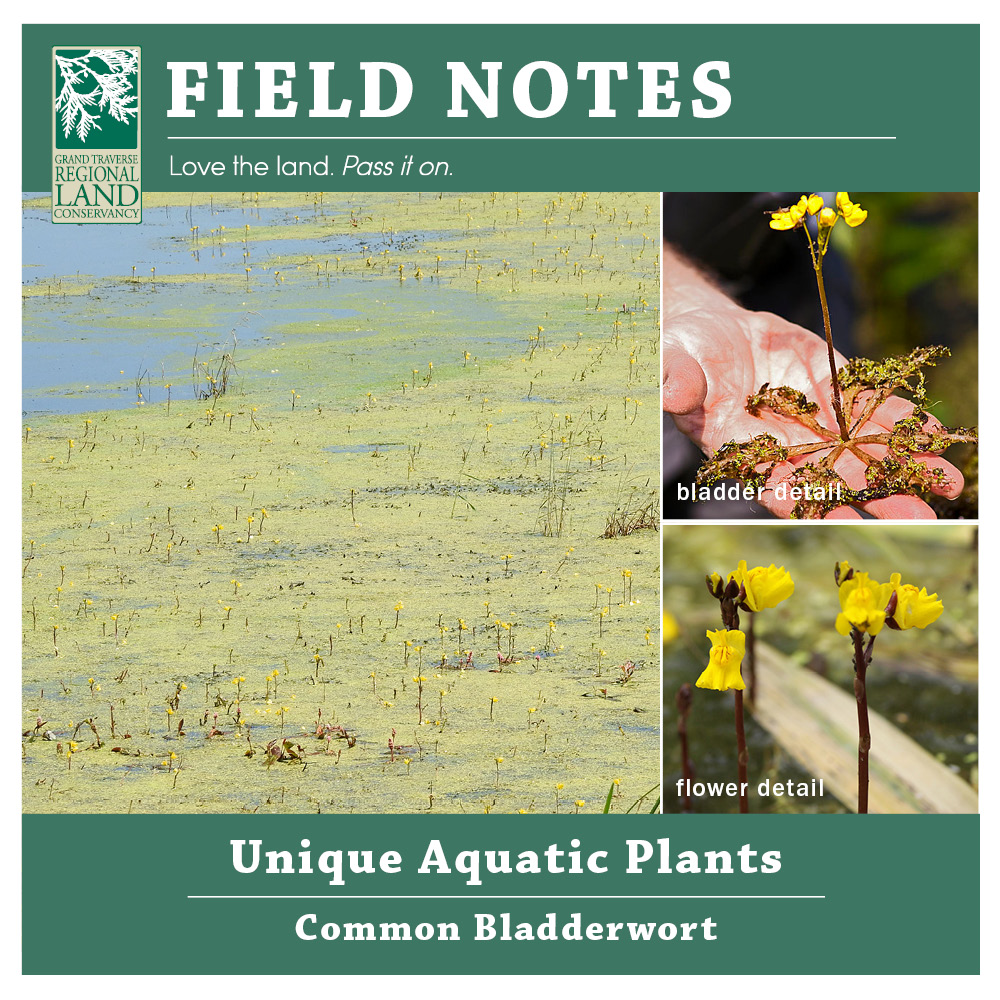 Common Bladderwort is a rootless aquatic plant with bright yellow flowers. If the bright yellow flowers aren’t present, it is often mistaken for a non-native invasive plant called Eurasian water-milfoil. The difference between the two is that bladderwort species have divided leaves and small “bladders” on the leaves. Bladderwort species are found around the globe, and are considered the “fastest” plant on earth because of their ability to quickly trap and digest organisms in small bladder-like leaf appendages underwater. By consuming tiny insects and other microscopic aquatic organisms, bladderworts are able to obtain valuable nutrients.

Of the other two small plants floating directly on the water surface, Duckweed is much more easily visible, and is about 1/16 to ⅛ inch in size. Duckweed is very common on slow moving waters, while Wolffia or Water-meal is much smaller (about 0.5 mm in size in comparison) and less common. Because of their small size, both of these species can often be confused for algae as the grow so closely together in large mats.

Although some find these little plants to be unsightly, the good news is that by growing thickly on the surface of the water, they shade out the sun which prevents the growth of algae, which deplete oxygen. In this way these plants actually help keep the water higher in dissolved oxygen. 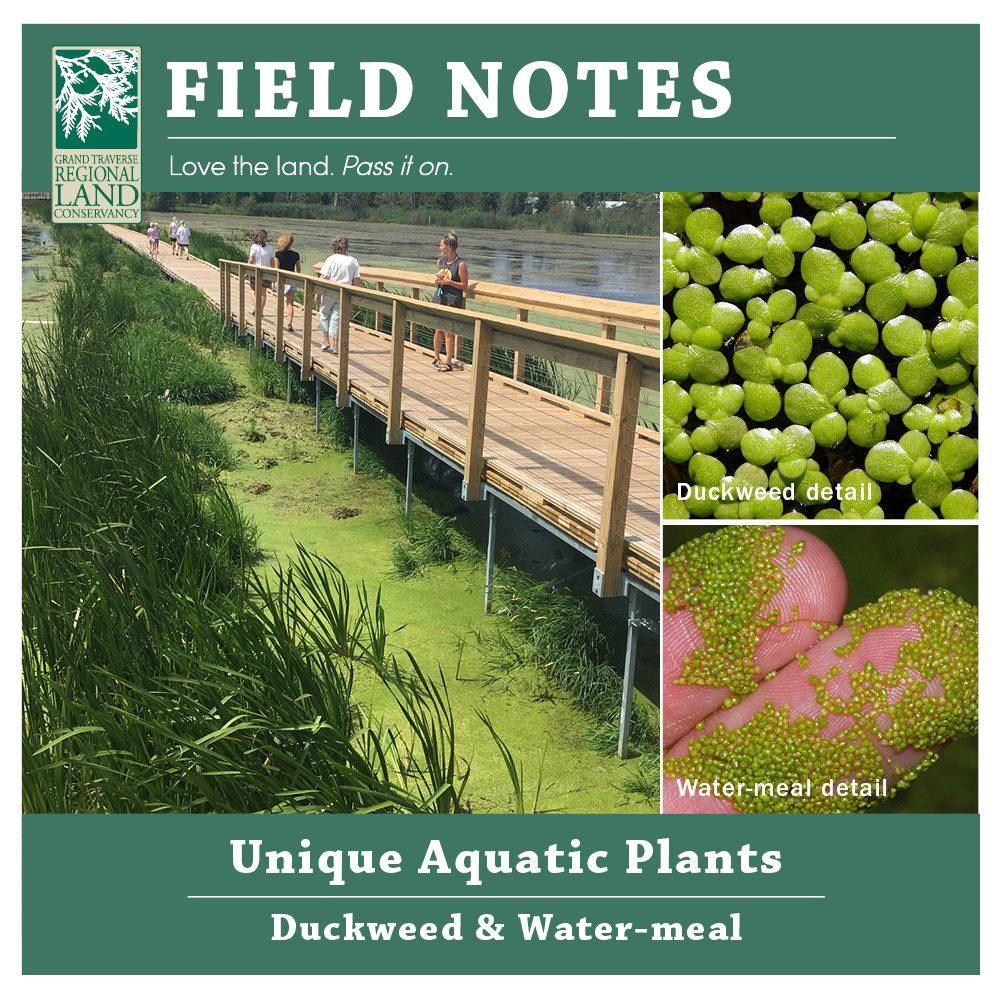 Additionally, each of these species provides excellent habitat for many tiny insects that are eaten by a variety of fish species, and the plants themselves are an important food source for many species of fish, amphibians, andwaterfowl. They both grow more prolifically when there are excess nutrients in the water, including nitrogen and phosphorous in the water, so reducing fertilizer on lawns near waterways helps keep aquatic vegetation of all kinds in check.

A rather uncommon relative of duckweed is “Star Duckweed” or Lemna trisulca, which grows beneath the water surface. According to records maintained by the University of Michigan, it hasn’t been documented in Manistee County since 1916, so it is a very good sign to see it doing so well at the marsh!