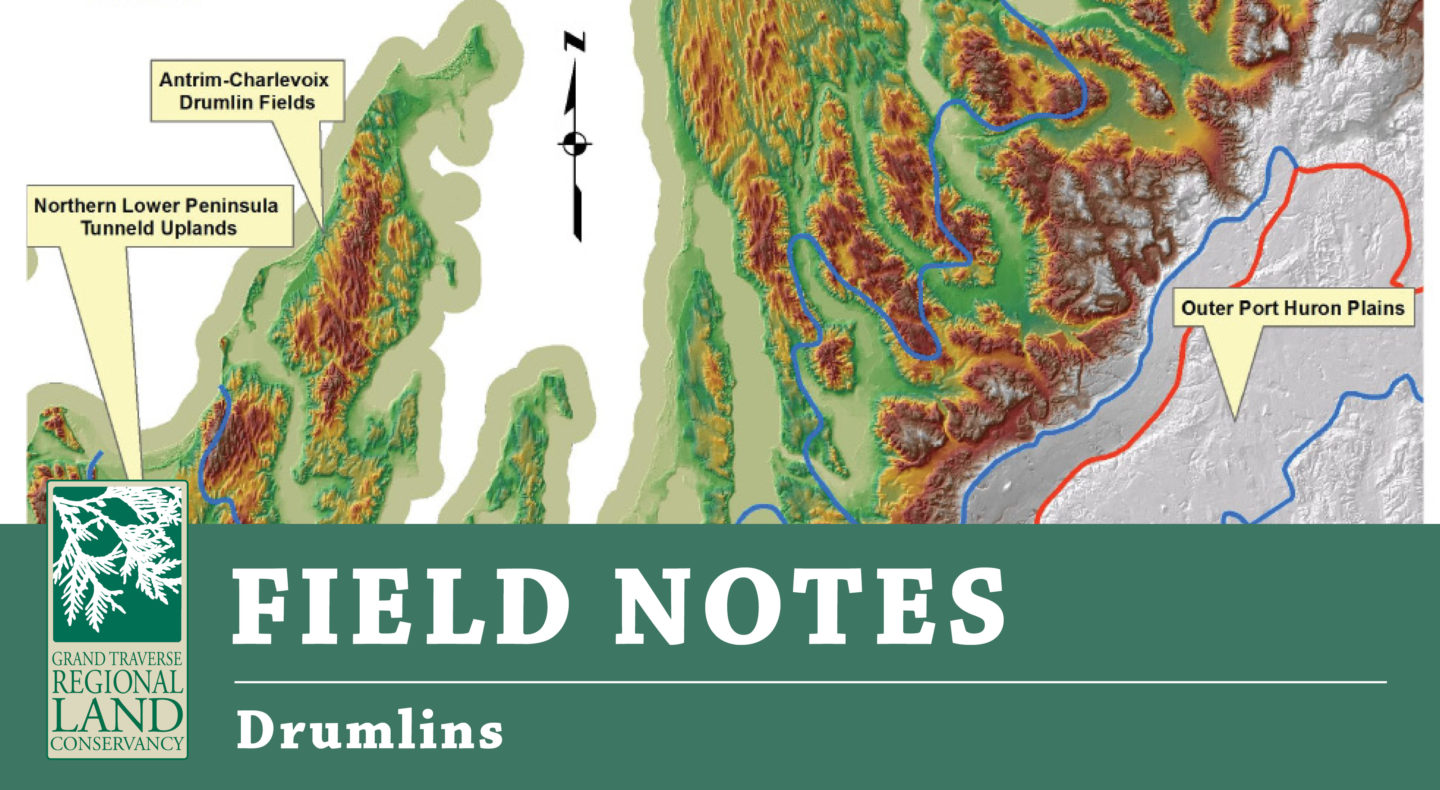 Michigan is a state shaped by glaciers, and during various stages of the last glacial retreat called the “Wisconsin glaciation” approximately 10,000 years ago, the ice left behind a myriad of interesting shapes and landforms. Winter’s less obstructed and expansive views bring these landforms into focus.

When the ice was completely gone about 4,000 years ago, many landforms including moraines, kettle lakes, outwash plains and perched sand dunes remained and are easily noticeable given their size. One landform called “drumlins” is slightly less noticeable, at least from the ground. Northern Antrim County and Charlevoix County area of Michigan has one of the largest drumlin “fields” in the midwest. This field extends to Leelanau County and Old Mission Peninsula as well.

Defining a drumlin is a complicated matter, but these low, tear-drop shaped hills of sand, gravel, and various glacial till are formed under ice, and as the ice melted and retreated it left behind a series of low hills which today are easily visible from aerial photos, or to anyone driving on roads perpendicular to the small hills. At all of our nature preserves you can see some form of glacial activity, including Maple Bay, where a large ridge remains from the retreat of a glacial lake. This diversity of land types contributes to the biological diversity and beauty of our region.