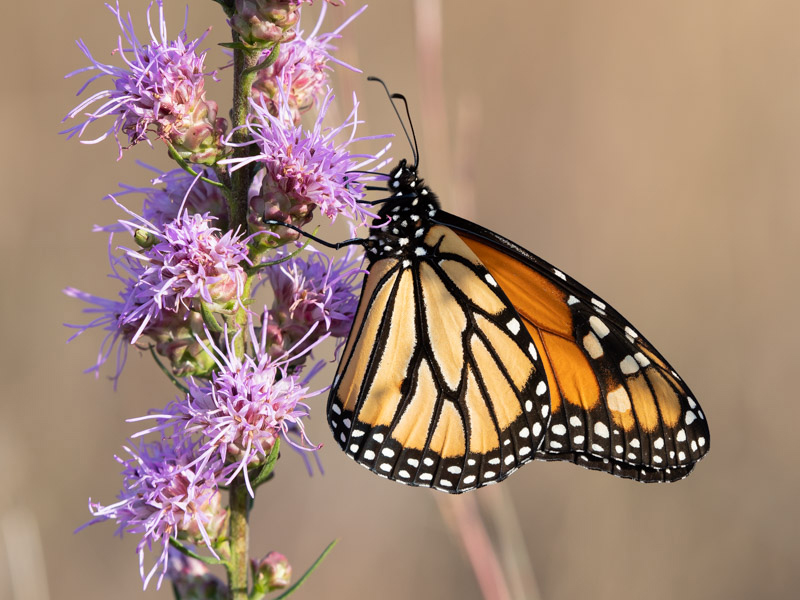 Every now and then we see something that lets us know the work we’re doing seems to be, well…working!

Volunteer Carl Freeman spotted this Monarch Butterfly on a Liatris (commonly known as Blazing Star) at the Arcadia Dunes grasslands. What might seem like nothing more than a couple of nice pictures of a butterfly on a pretty flower represents something much more significant.

This native plant, which is relatively difficult to germinate, likely grew from seed dispersed in the grasslands in one of GTRLC’s seed ball events. And it almost certainly wouldn’t have grown at all if not for extensive habitat rehabilitation efforts conducted at the grasslands, which substantially reduced invasive species and improved habitat for native plants. This in turn allows these native plants to support other wildlife, including this butterfly.

Restoration can be a long, arduous journey (we’re still working on plenty at the grasslands and elsewhere), but few things are quite as rewarding!